Taiwan Exhibition and Convention Association (TECA), consisting of exhibition, constructors, travel agencies, forwarders, advertising, hotels, public relations consultants, integrated marketing & convention organizers, was founded on June 18, 2008 and established under Law of commerical organization TECA’s objective is to promote the exhibition and convention industry both home and abroad, advance the economic development, harmonize TECA members’ relationships, further the common interests, and assist the government in carrying out policies and laws. “Taipei Exhibition and Convention Association” has been officially merged into nationwide organization, named “Taiwan Exhibition and Convention”(TECA) on July 31, 2008. Mr. Tiger Lin, was elected as the 1st president of TECA. After consolidation, all affairs will be taken over by new TECA. The stuff re-employed and there is no change with contacting information, including logo, address, number, fax, email and website.   TECA bears the mission to broaden international trade and promote Taiwan economic development as a whole, create good connection and cohesion within MICE industry, and assist government in establishing exhibition policies.

Message from the President 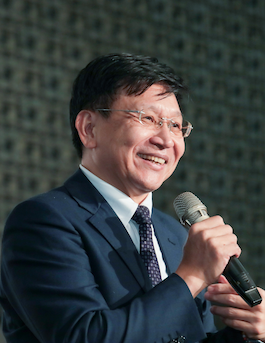 Established in 2008, the Taiwan Exhibition and Convention Association (TECA) is now into its 12th year. With the strong foundation laid by the founding President Tiger Lin, the persistent hard work of the Honorary President Walter M. S. Yeh, and long-term support of the government, TECA has successfully promoted Taiwan’s international reputation as a MICE venue and destination, marking a major milestone for TECA and the convention and exhibition industry.In recent years, Taiwan’s convention and exhibition industry has done very well. According to the 15th edition of The Trade Fair Industry in Asia published by UFI (The Global Association of the Exhibition Industry), Taiwan sold 863,750 square meters of exhibition space and held 140 international exhibits in 2018, which was a 4.8% growth compared to the previous year. Taiwan ranked number six in the Asian region, following China, Japan, India, Korea and Hong Kong. In 2019, Taiwan’s total available exhibition space reached 151,298 square meters, which is number 8 in Asia, and constitutes a 16.2% growth compared to the previous year.

According to the International Congress and Convention Association (ICCA), Taiwan held a total of 163 international conventions in 2019, surpassing many countries with thriving convention industries such as Thailand, Singapore and Malaysia, making Taiwan number 4 in Asia and number 26 in the world.In statistics released by MEET TAIWAN, a pilot program launched by Taiwan’s Ministry of Economic Affairs, Taiwan’s exhibition and convention industry was valued at 48.2 billion NTD in 2019, constituting a 4% growth compared to the previous year. International visitors coming to Taiwan for conferences and exhibitions have generated 35.66 billion NTD in economic revenue, representing a 10% growth compared to 2018. This proves that Taiwan has become an important venue for conventions and exhibitions. Taiwan’s convention and exhibition industry has shown great promise for further development and has also efficiently enhanced Taiwan’s visibility on the global stage.

The global pandemic, Covid-19, which took the world by storm in 2020 has severely impacted the convention and exhibition industry. In order to assist our members, TECA, under the leadership of Honorary President Walter M. S. Yeh, has compiled opinions and relevant statistics, filed reports for government authorities, actively participated in conferences hosted by the government and facilitated communications between our members and the government.Facing the “new normal” brought about by the pandemic, the convention and exhibition industry must also develop new business models. We must take advantage of digital technology and bring about new convention and exhibition services and experiences. In line with the government’s digital transformation policies, TECA has launched a Digital Transformation Committee in order to assist our members to rise to the new challenges. The new committee will join forces with the 14 other committees to brainstorm, pool resources, and work towards increasing our industry’s competitiveness.

Having benefitted greatly from the long-term support of the government and the capable leadership of our directors, TECA has contributed to making Taiwan’s convention and exhibition industry globally competitive. With our competitive advantages, we will continue to market Taiwan to the world.As we enter the harsh post-pandemic era, challenges abound. I thank you for placing your trust in me as I take the helm as the fifth President of TECA. I feel the weight on my shoulders, and I assure you that I will do my best to forge ahead to make our industry more vital, global, and digital. Let us join hands and work together to overcome the pandemic and the difficult times ahead. Together, we will create a prosperous future for Taiwan’s convention and exhibition industry.

Assisting the government in carrying out economic policies and business rules as well as offering constructive suggestions to the government.

Giving professional advice and maintain the business code of ethics

Entrusted projects by the government and organizations & giving advice

members during disputesPreserving members’ legal rights and conciliating between

Any other responsibilities as stipulated in laws

Assist the government in advancing counseling programs and carrying out decrees of MICE industry: timely notice of member related decrees via fax, email, website and e-News

Convene committees meetings regularly:  TECA not only coordinates and integrates business order of the same profession to reduce the dispute over conflicts, but also accepts the reflection of members’ problems and transfers them to related authorities for adopting and implementing. This way, the rights and interests of the same profession can be maintained.